Something I try and avoid happened to me for the first time. That feeling that you might miss your flight is never a good feeling! However it also can teach you a valuable lesson.

Arriving into Vancouver Airport after a 13 hour flight from Auckland I had mixed emotions, was jet lagged and drained but excited to be stepping foot in a new country. Disembarking of the plane, I was listening to the last kiwi accents I would be hearing for a while. Soon I was wandering through to customs as I took in the fresh new sights of North America.

Vancouver Airport: The Most Impressive I Have Seen So Far

Vancouver Airport has an immense presence when you first walk in. For me it was the water features displayed under the walkway bridge which drew the eye almost immediately after leaving the gate. Taking it all in before descending down a level. Here we happened upon another landing with an impressive water feature. Turning to the right on the landing the sight ahead made me pause for a moment. It was a remarkable sight with the design of the airport built to leave a lasting impression.

Stretched out below was customs with its long winding lines, and in the distant I could make out the baggage carousels. My gut immediately dropped as I had a connecting flight and the lines were massive.

Check Arrival Times That Coincide With Your Flight

24 hours before your expected arrival into a new country, you can check the arrival times online for the Airport your flying into. This can give you an indication of how many other flights are arriving at the same time and whether they are international or domestic. If there are 4 other international flights arriving with the same 30 minute window as your flight then assume that you will have a long wait ahead of you in the Customs line. When I arrived in Vancouver, the customs line was not too bad. However knowing that I had a connecting flight to catch made me a bit fearful. 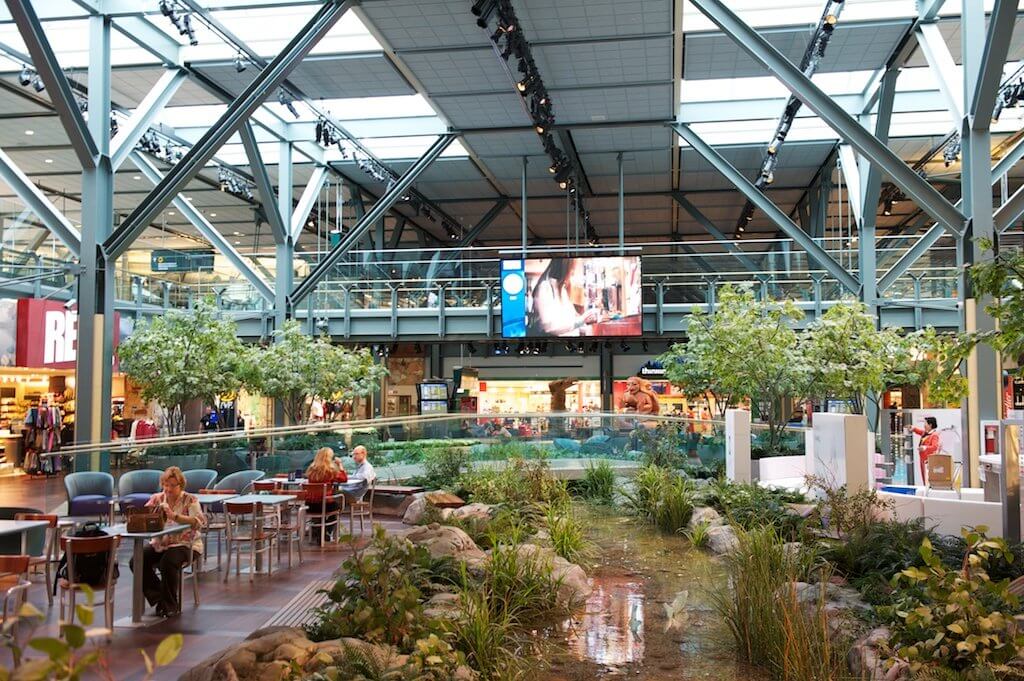 It ended up taking about half an hour to get through customs. Although I would estimate that it could take over an hour sometimes. I was quite lucky as the queue filled up far behind me. After collecting my bag, I learnt that I would need to go through immigration. I had a connecting flight to catch so proceeded straight to the immigration area.

Upon arrival and seeing how slow it was taking to get people processed my heart dropped. There was no way I was making that connecting flight. Taking my place in line, I realized that I was learning a valuable lesson. Arriving in a new country and having to go through immigration is a lengthy process even in a western world country. Make sure you allow enough time and don’t book connecting transport that you might not make.

Fortunately for myself, a couple of other immigration officers clocked back in speeding up the process. I managed to get through immigration in just over an hour. With only 50 minutes till my connecting flight was to depart, I boosted through to the West-jet counter where they got me checked in. Heaving a sigh of relief I made my way to my terminal and chilled out for 20 minutes before boarding the flight to Toronto.