Being on the east coast of Canada it’s essential to go see the Niagara Falls. Niagara Falls is the second largest waterfall in the world behind Victoria Falls in Africa. The falls are actually made up of three different falls; the Horseshoe falls, the American falls and the Bridal Veil falls.

The Horseshoe falls drop about 57 metres and have a width of about 790 metres, while the American falls have a height of only about 30 metres. This is due to giant boulders at the bottom while the width is around 320 metres. Just like the lakes both upstream and downstream, the falls are fairly young being around 12,000 years old. 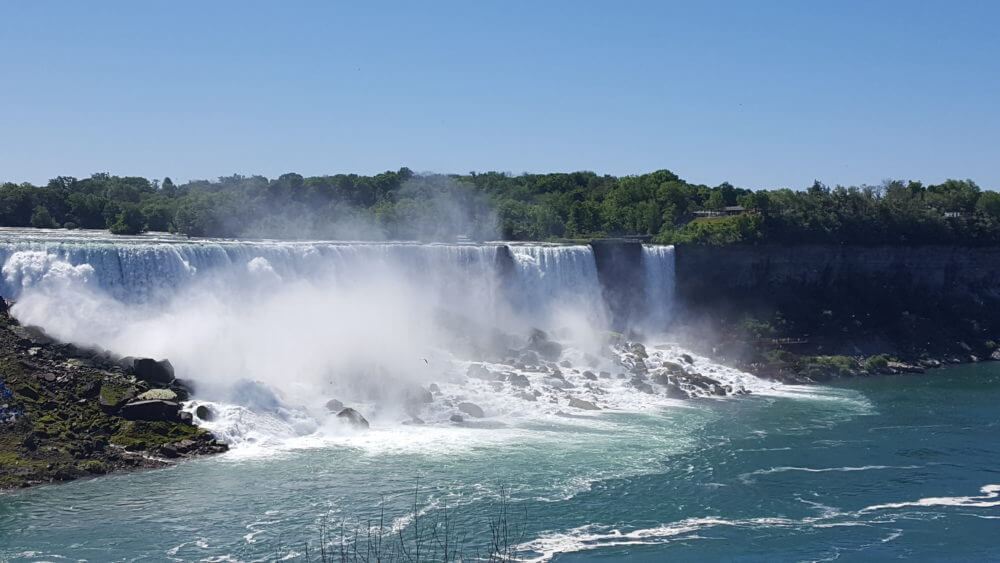 Formation of the Falls

When the last ice age started to thaw, the melting glaciers formed the Great Lakes and in turn the falls. The massive water flow carved its way through rock to form the Niagara River. The water then flowed over a cliff to form the falls and continued downstream to make Lake Ontario. The shape of the Horseshoe falls have changed over the years from a small arch, to a horseshoe shape and is now a giant V shape.

This is due to the erosion happening from the vast amount and intensity of water that travels over the falls. Erosion has slowed down over time and scientists have been able to slow it even further. However, it is estimated that in 50,000 years the 32 km to Lake Erie will have been eroded and the falls will have disappeared. 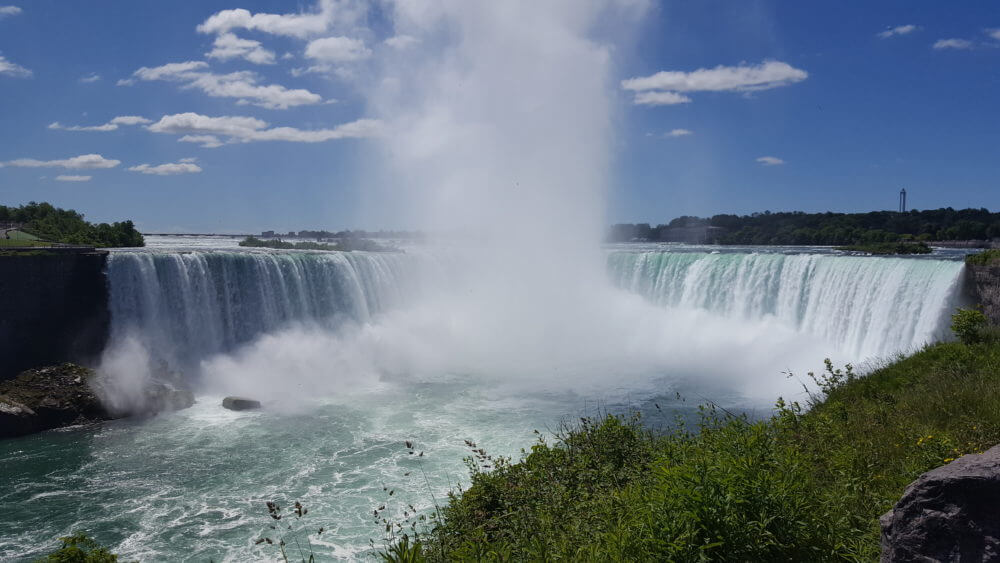 Going over the falls

The amazing thing about visiting Niagara Falls is that it’s not what you expect. For me I was thinking a cute little town and the attraction of the Falls, when I got there I was so surprised! The town literally looks like a theme park with everything catering for the tourists that visit. Visiting Niagara Falls should definitely be on everyone’s bucket list whether it summer or winter!