Time to move onto Mirissa! We refreshed ourselves with an early morning ocean swim in Unawatuna. Followed by fresh fruit for breakfast on the beach made for a sensational start to the day. Our early start let us hit the road onto our next destination. We packed our gear and hitched a Tuk Tuk on route to Mirissa; a highly recommended beach. We negotiated a ride to the tune of 1500 rupees for a 40 minute journey. We included a stop at the Turtle recovery center as we headed south hugging the sub-tropical coast. 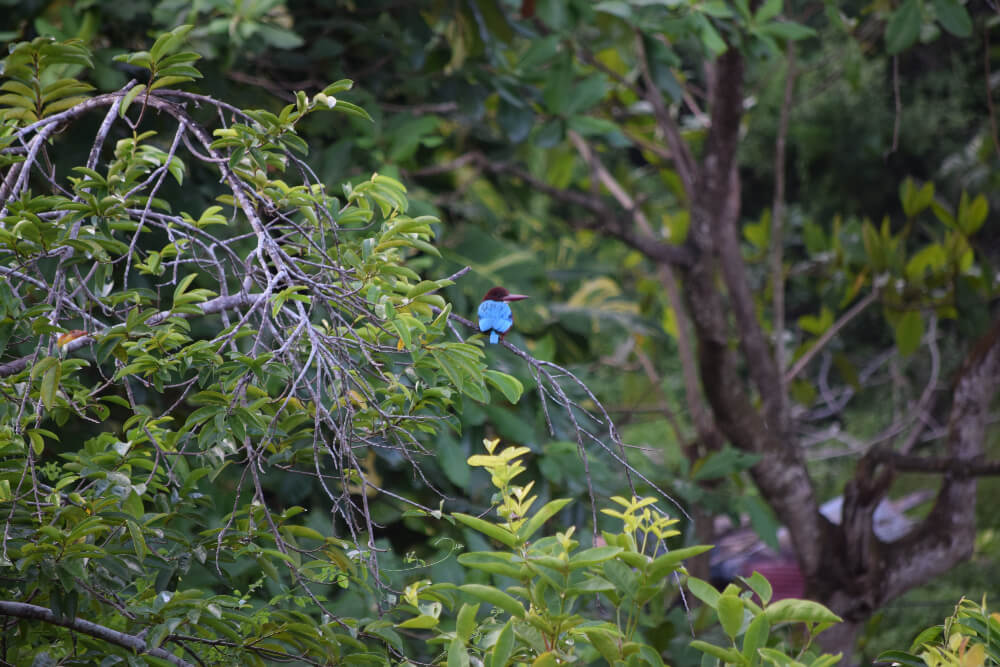 Between Unawatuna and Mirissa there a lies a turtle recovery center. Sitting right on the beach tucked away from the main road is a small building that houses 5 different species of turtle. They are the Green Turtle, the Leatherback, the Hawksbill, the Loggerhead and the Olive Ridley. Ranging from young hatchlings the size of your hand to fully grown adults. The adults have been caught up in fishing nets or have sustained other injuries. Whatever the situation, they are cared for until they can return to the wild. The experience is very informative and hands on. You are allowed to hold the hatchlings and stroke the bigger ones as much as you please. Although, watch your fingers they have the ability to remove them!

We were escorted to the southern end of the beach by our Tuk Tuk driver. His ‘friends’ guesthouse was tucked away in jungle like terrain looking out over the beach. Surrounded by singing birds and palm trees, the vibe it gave off was a treehouse/bungalow like feel. Made entirely out of wood it was a tad luxurious for a backpacker. However we agreed to stay a night to get familiar with the area.

After unloading our gear we set out to explore why there was so much hype associated with Mirissa. It didn’t take long to see why! An unbelievable white sand beach accompanied by crystal clear blue water stretching out twice as long as Unawatuna. Surfers converge on the southern end. Their own area away from the crowds of swimmers who are dotted along the rest of the beach. Resorts, restaurants and bars line the remainder of the beach. Tourists are sun bathing on the lounge chairs, reading books and cooling off in the ocean. The first initial walk along the beach gave off a good relaxed vibe. 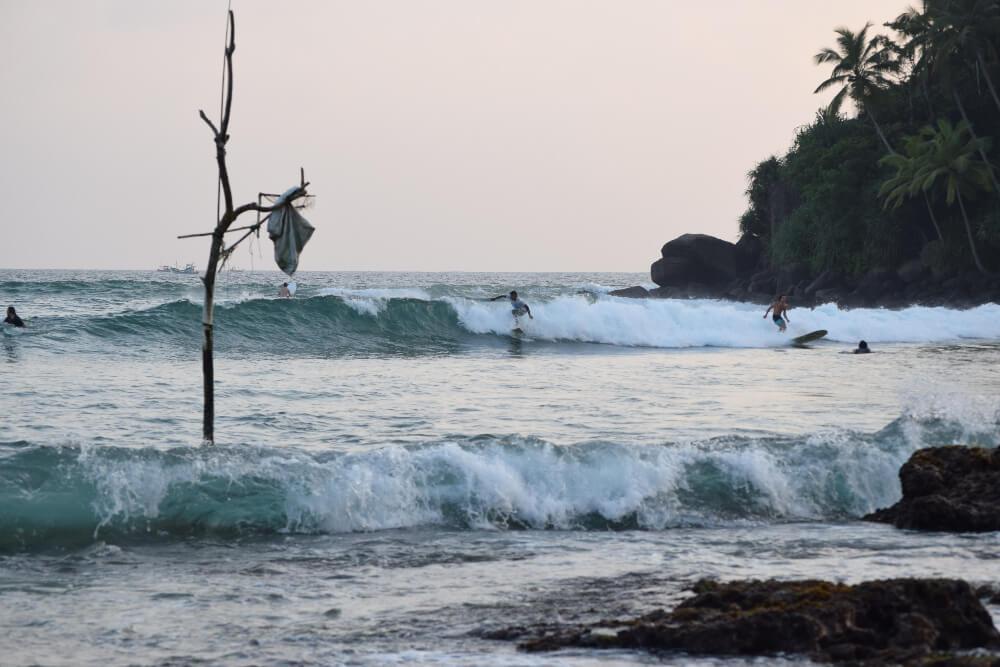 Walking the beach, countless locals approach you to come out on ‘their’ boat to see the Blue Whales. They all claim to have the safest, fastest boats and guarantee you to see whales. We walked the length of the beach and compared prices. Some were a lot more expensive than others. However all the boats on offer were similar and going to the same destination. We got our ticket for 4500 rupees, down from an average of 6500-7000 rupees. This included a ride to the harbour with lunch and water provided.

Christmas Eve, waking up at 6.30am to the complimentary Tuk Tuk waiting at our guest house. The driver took us on a short drive to the harbour where countless fishing boats are docked. The crowds of tourists are slowly getting packed onto various boats. The boats are all similar, some slightly bigger than others, ranging from approximately 10-15 metres in length. Double story, with seats top and bottom, life jackets provided and a safety briefing makes you feel safe enough.

Mammals of the deep

After an hour of rocking out to into the ocean we arrive at the popular spot where all the boats converge. Here you can catch a glimpse of the blue whales as the rise from the depths. Although it seems you would be lucky if they were to rise next to your boat where you could get an up close encounter. Most of the time you would see them from distance. All the boats would speed over only to find the whale had submerged again. We saw 4 Blue Whales and a small pod of dolphins that were swimming around, it varies from day to day.

If you are not a fan of the ocean maybe this activity isn’t for you. On our boat over half of its occupants were sea sick. Continuous vomiting and looked extremely uncomfortable is not ideal.

After one night in our ‘treehouse’ we decided to move to a more central location in Mirissa. A backpackers, literally built right on the beach called ‘Our World Backpackers’. This is everything a backpacker looks for! Prime location, with the cheapest rooms on the beach to the tune of 300 rupees per night. The rooms were simply a box with a couple of beds and the basic communal bathroom but there were no complaints. Coconuts for 50 rupees were cracked in front of your eyes as soon as you walked outside your room. Sipping one of those coconuts, you walk a few more steps and are standing on beach wondering what you might do for the day. I would highly recommend this place if ever backpacking in Mirissa.

You can find it on Hostel World : http://www.hostelworld.com 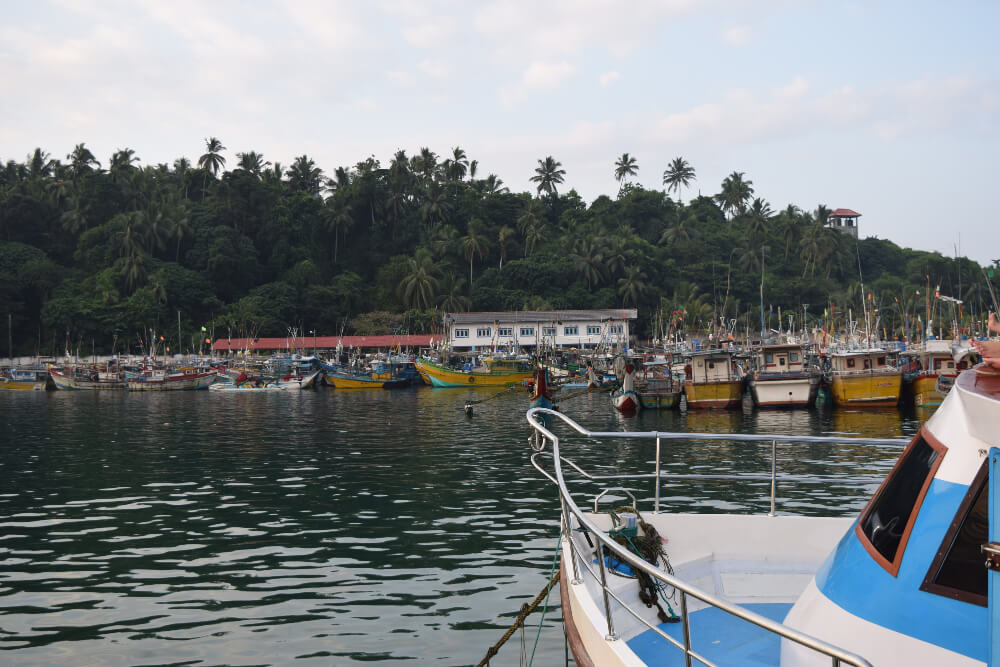 We spent most of Christmas eve on the beach laxing out and swimming. All the while there were parties getting set up all along the beach. Locals all handing out fliers saying their party was going to be the best. Talking to some other tourists, whom asked if we had bought any alcohol for the upcoming couple of days. We hadn’t and they told us that you cannot buy alcohol on either Xmas eve or Xmas day.

I find anything is possible in this country because everyone is so money orientated. A simple talk to a Tuk Tuk driver and he is taking to his family home. Here they welcome me inside and show me a range of whisky and a deal is made. They asked me to be discreet so the police didn’t find out who had more stash than usual. Anything is possible just ask a Tuk Tuk driver.

Christmas eve was celebrated with a full night of partying, walking up and down the beach to different parties, an awesome night. Christmas itself is celebrated by Sri Lankan’s, however maybe not in the traditional sense. Definitely more of a casual sense but awesome nonetheless. Cricket was being played up and down the beach where locals and tourists share sporting banter and laughter. Sand Santa’s are built by children and everyone is having a good time!

After a day in Unawatuna and 5 days in Mirissa, they both had an incredible vibe. I would have to say they have been some of the most beautiful beaches I have been too. Chilled out friendly environments with more than enough activities to cater to anyone. The option to party through the night if your that way inclined with fresh sea food and cheap beers to nourish your body. I will hold onto those memories for a life time.

Now it’s time to fly to India and I couldn’t be more excited! 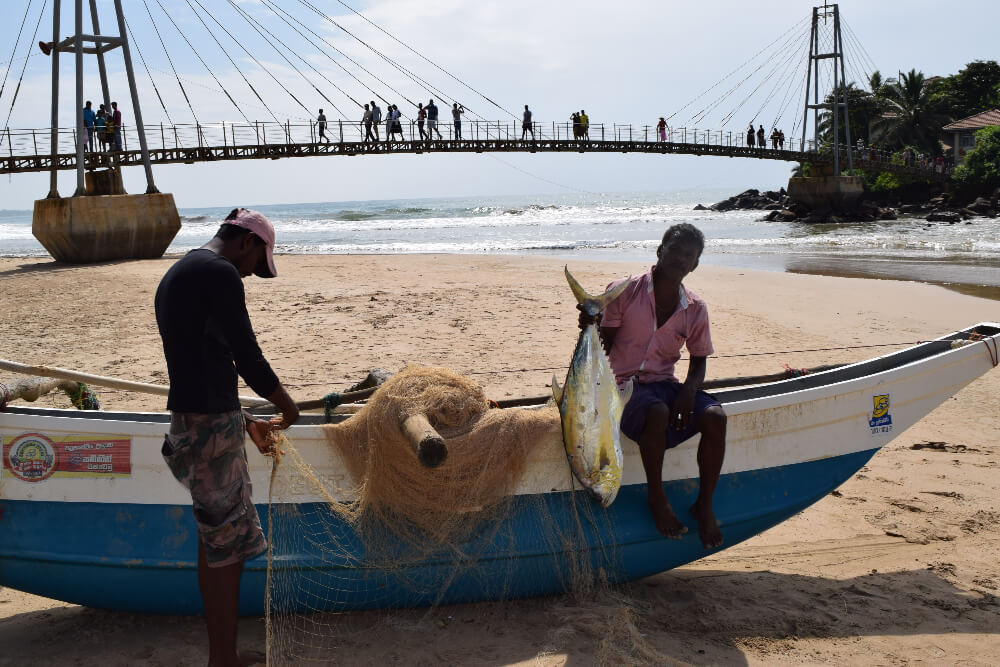