The Arabian Sea, golden beaches and epic sunsets had treated us well in Palolem. Making the most of the ocean breeze as we pack our bags to head inland to Hampi. This historic world heritage site is surrounded by a landscape of boulders.  Located in northern Karnataka it was one of the richest and largest cities in the world during its peak ruled by the Vijayanagara Empire.

Catching a night bus from Goa was the preferred mode of transport. We saved a night’s accommodation and arrived at our destination by 6AM. With a fresh start to the morning we hop out of the bus to a foggy morning. You certainly felt the cold more than Goa. Getting hustled as you do by the group of tuk tuk drivers. We were offered everything and anything, so we got a ride to locate accommodation. 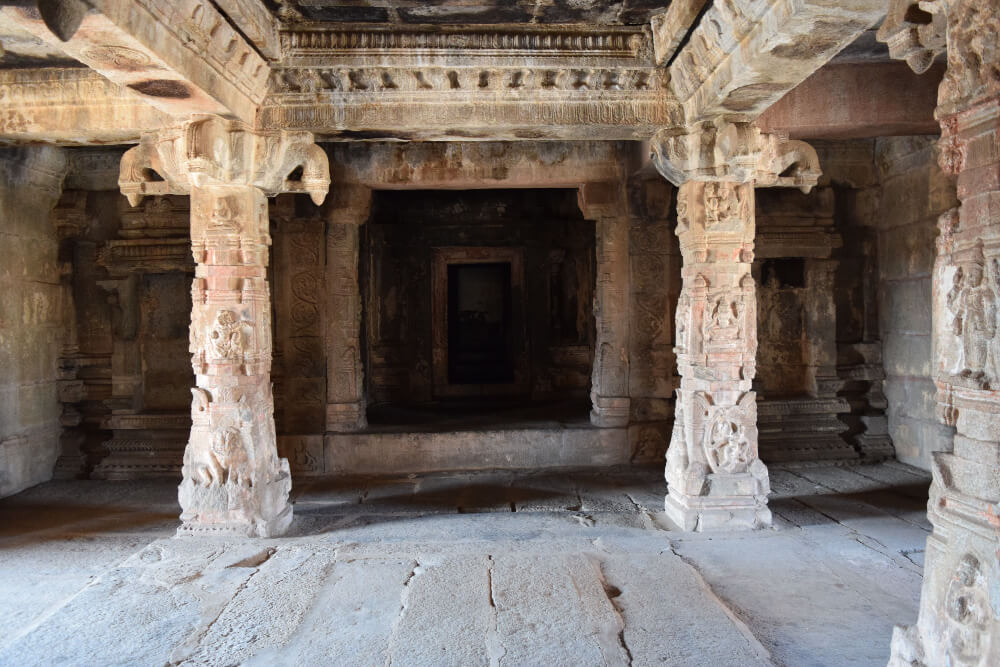 The modern village of today is divided by a river. One side, where we stayed the first night, was accessible from the bus station by walking or tuk tuk. It mainly consists of guesthouses, restaurants and local stores. Stationed right next to some temples and overlooking the river it’s a truly spectacular place. Being such a religious sight, alcohol is not permitted to be sold but can be found if you really want it.

The other side is accessed by a packed little river dingy that crosses throughout the day. Departing from the Ghats it navigates its way through rocks and onto the bank on the other side. All the while, the old outboard motor emits an unhealthy amount of fumes right into your face.

There is an amazing atmosphere on this side. With a lot more backpackers, especially ones staying longer than a few days. A singular dirt road with guest houses overlooking the river on one side while rice paddy fields line the other. We spent the remainder of our time on this side and could have stayed for months.

We decided to check out the temples on our first day, our method of choice was by tuk tuk and a makeshift guide. There are other options like hiring a bike or going on taxi tours. The whole afternoon was spent driving from temple to temple. We would pull up alongside the ancient buildings and our guide would tell us the history behind it. We would then go check it out and take a few photos. The drive literally took 30 seconds sometimes to see the next one, but sometimes it took up to 5 minutes. He saved the best for last. An epic temple with a sunset to match looking over the picturesque landscape.

Scooters to the Lake

We found out from other travelers that there was a lake nearby. Wanting to cool down and jump off some rocks, we had to go check it out. Motorbikes and scooters are among the items that locals hustle you to hire. Choosing the cheapest option we got a couple of 50cc Honda’s. We cruised down the back roads alongside rice paddy fields and gigantic boulders. After a while we arrived at the lake and cooled off for the afternoon. Chilling on the rocks, and basking in the sun like a lizard was incredible. We couldn’t say no to a cold kingfisher when the locals come by and offer you one. 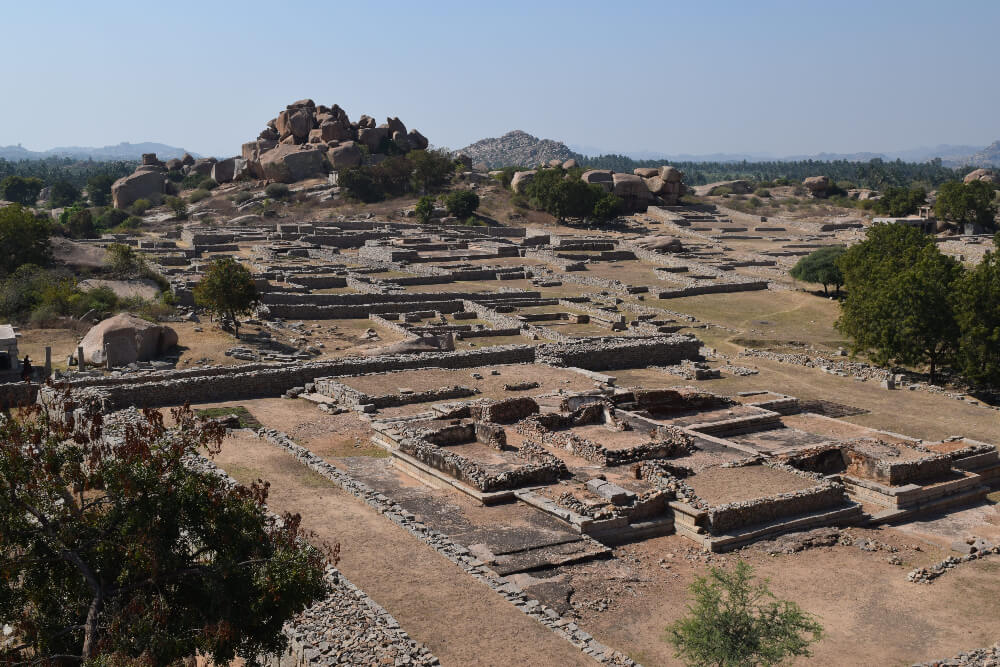 With a landscape that consists mostly of boulders, it’s no surprise that Hampi is used by climbers from around the world. We were keen to give it a try. Sussing out a guide down at the climbing shack we arranged to go climbing the next morning. The guide supplies the shoes and chalk. As the sun broke over the horizon, illuminating the surrounding temples, we were climbing boulders. Once a boulder was conquered we would move onto the next. Our guide gave us advice each time to ensure we were using the right technique. We spent the morning climbing with a chai break that a local kid came and offered us. Our guide told us that they can only climb in the winter as the rocks are too hot in the summer.

When finding somewhere to eat dinner in Hampi, chances are the movie that is being played influences your decision. This was the first time I had seen something like this and I loved it. Written on a chalk board outside the restaurant is the movie they will be playing and time. Not knowing what to expect we had dinner and the place filled out. At 8pm the lights go off and the movie began it was so good!

Hampi was magical, an absolute must if you’re in India. We could have happily stayed for weeks, unfortunately we must press on to our next destination heading north!