Being in Ontario, a main feature that is noticeable, is the vast size of their five Great Lakes. I have been lucky enough to see all of them in a short period of time and they have all astounded me. Being based within a 5 minute walk from the 4th largest of the Great Lakes, Lake Erie is a treat for me coming from Lake Taupo. The five lakes together account for one-fifth of the freshwater surface on the planet at 6 quadrillion gallons. The lakes are relatively young compared to the earth at only 10,000 years old.

The biggest of the Great Lakes is Lake Superior which is also the biggest fresh water lake in the world. Due to its size it’s behaviour is more like an inland sea than a lake due to its rolling waves, sustained winds and string currents. There is an estimated 100 million trout in Lake Superior. While the total number of fish species is believed to be 88. The Lake is so large that it takes two centuries for all the water to replace itself through it’s small outlets. 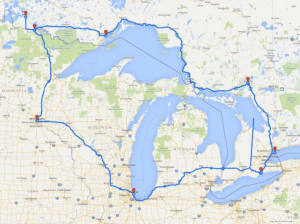 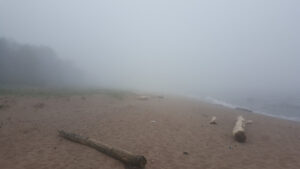 The second largest of the Great Lakes is Lake Huron. This lake is also home to the world’s largest freshwater lake island, Manitoulin Island. Manitoulin island has several of its own lakes and unbelievably they even have smaller lakes on those islands. Making it a lake on a lake on a lake which is an almost unheard of phenomenon.

During the civil war in 1861, The Keystone State (one of the most prominent vessels used) disappeared. In 2013 it was found under 175 feet of water! Part of the largest salt mine in the world runs underneath Lake Huron, more than 500 metres underground. Lake Huron has massive sinkholes deep underwater that have their own unique ecosystems. This is due to high amounts of Sulphur and low amounts of oxygen. While Lake Huron is second largest of the Great Lakes it only takes around 22 years for the water to replace itself. 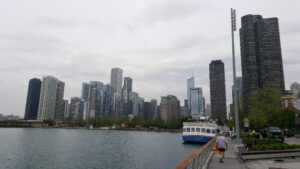 Being the third largest of the Great Lakes, Lake Michigan is the only Great Lake that is entirely within the borders of the U.S. While also having the largest fresh water sand dunes in the world. While the size of Lake Michigan is very similar to Lake Huron, replacement of the water takes much longer at around 99 years. Lake Michigan has had many mysterious disappearances and alleged UFO sightings. Most from a “triangle” of area similar to that of the Bermuda triangle. And during the mid 19th century there was a pirate problem in which timber was their bounty. 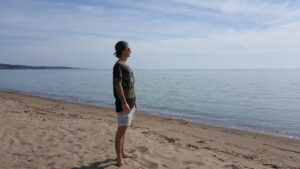 The fourth Great Lake in size, is also the shallowest of all the lakes, which is Lake Erie. With a story similar to that of Scotland’s Loch Ness monster, there has been alleged sightings of a 30 foot long monster named Bessie living in the lake. Due to the shallow nature of Lake Erie and one of its outlets being the Niagara River it only 2.6 years to replace all the water in the basin. Out of all the Great Lakes, Erie is the one surrounded by the most industry of which there is 17 metropolitan areas ranging on both sides of the border. The battle of Lake Erie took place in the War of 1812 were the U.S. beat the British in a naval battle. 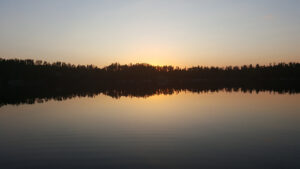 The smallest of the Great Lakes is Lake Ontario starting at the bottom of the Niagara Falls. During a game at Hanlan’s Point Stadium in Toronto, Babe Ruth hit his first major league home run. The ball landed in Lake Ontario and is believed to still be there. The Great Lakes run from West to East in terms of size. Lake Superior is the farthest west and Lake Ontario being the farthest east.
Shipping still dominates on the Great Lakes with the Canadian and U.S. lake fleets hauling upwards of 125 million tons of cargo a year. However it used to be of great risk with over 6,000 ships sunk and a loss of nearly 30,000 lives.

There is a wide range of species living in and around the Great Lakes. The biggest fish species being the lake Sturgeon which can weigh over 200 pounds.
Commercial fishing is a massive industry in the Great Lakes with around 50 million pounds harvested per year. Coming from Lake Taupo this seemed crazy to me as our lake would not sustain any level of commercial fishing. As it is, recreational fishing every summer is noticeable. 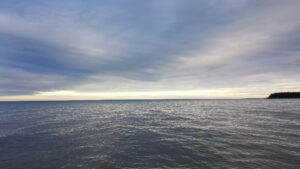 Large severe thunderstorms are common in summer around the Great Lakes and mainly occur at night. During my time in Canada I have experienced two such storms and the intensity is amazing. Storms arrives quickly with thunder so forceful and loud that it shakes homes, and lightning so bright the whole sky lights up. The lakes tend to affect weather patterns often called Lake Effect. This means that the weather can change quickly and without warning, however it can also disappear just as fast.