Friday the 13th is known for being a day of superstition in the Western World. It is estimated that 17-21 million Americans are fearful of this day. This can result in around $800 million lost in business as people prefer to stay home or be more cautious. Being wary of black cats, not passing under a ladder and other such superstitions have come about because of Friday the 13th. This year, being 2016, there is only one Friday the 13th occurring in May.

In the small town of Port Dover with just 10,000 residents which sits right on the edge of Lake Erie, Friday the 13th has became a tradition. That’s because every Friday the 13th motorbikes from far and wide converge on the town. 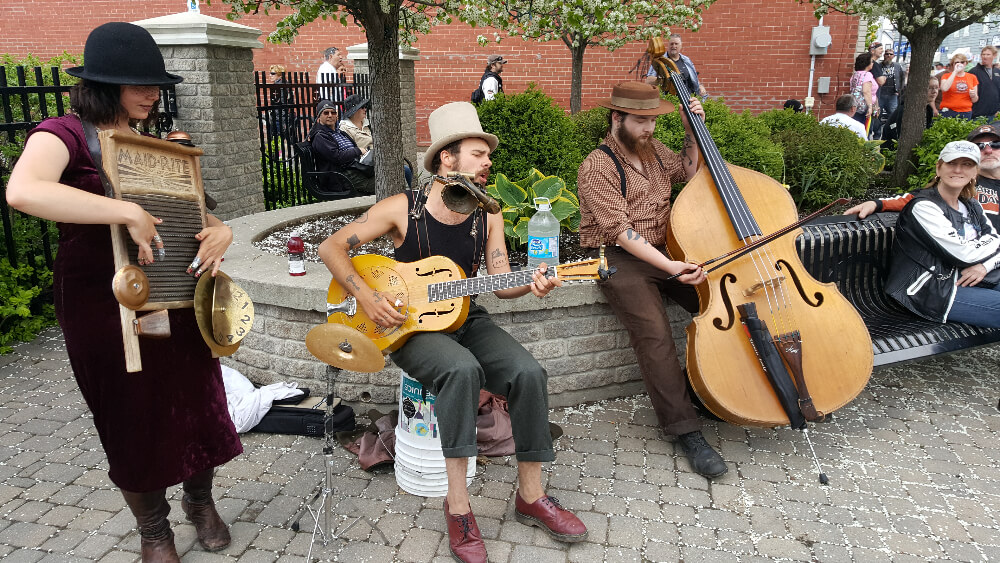 Making of a tradition

The tradition started in 1981 when Chris Simons, owner of a well-know Port Dover bike shop, got together with about 25 friends at what is now called Angelos of Dover. They had such a good time they decided to do it every Friday the 13th. Every meet up began gaining more and more popularity until it has become the event it is today. Chris is now a bit of a celebrity and most places he goes, people know about this iconic Port Dover event. Even in the colder months the event occurs just with fewer visitors and indoor entertainment.

With only one event occurring this year during May, we were just in luck to be in the area at the time. Joining over 100,000 bikers and bike enthusiasts to celebrate the day was one to remember. With the event having gained such popularity, measures had to be taken to ensure the event would be safe yet successful. For this to happen only bikes and residents are allowed to drive into the town. All other visitors have to park in fields outside of town and get shuttled in on buses. Parking was only $10 and the buses were there every few minutes to take people in or bring them back out. As people make their way into town, the bikes can be seen lined up along the curbs of each street. 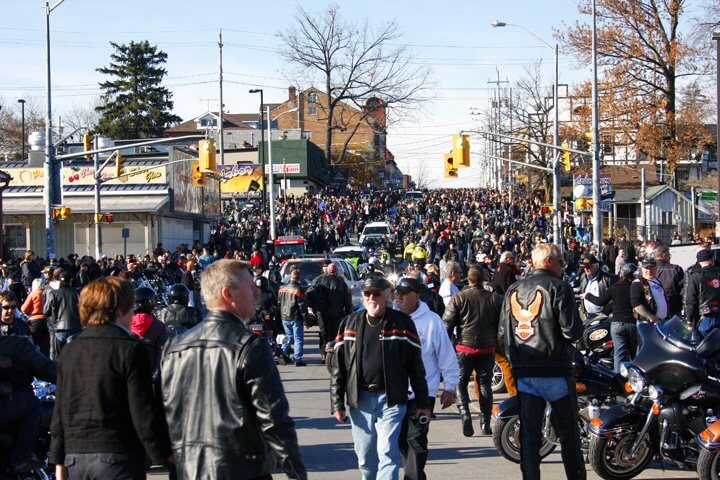 Vendors are situated in different areas of the main streets. It was plain to see that Port Dover businesses reap the rewards of having so many people in town. While there was plenty of food vendors, there was also many other items up for sale. Items such as bike gear, Friday the 13th merchandise, boot polish, insurance etc. Vendors are also allowed to set up the night before and begin selling as many Norfolk County residents pop into town to take a look around.

With such a massive number of people, a police presence was required and I saw many of them strolling around through the event. Quite a few of them had brought there own bikes down. It was plain to see that they were having a good time as well checking out all the bikes displayed.

While wearing a gang patch is mostly forbidden, a few could be spotted in the crowd most noticeably of the Hells Angels gang. However that is the beauty of this event where people can interact. Be it tattooed biker grannies, gang affiliates or middle aged men, everyone is having a good time and keep the spirit of the event alive. 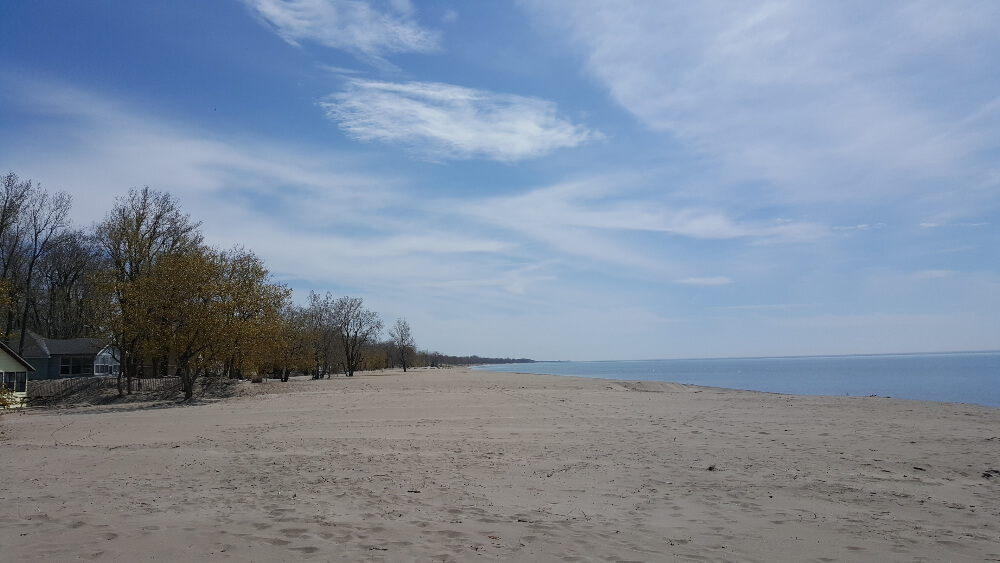 With the streets of Port Dover blocked off to everything bar pedestrians and bikes it was still massively crowded. We were unable to get anywhere in a hurry. That suited us just fine as we took in the atmosphere of the event and wandered the streets. It was no surprise to us when we spotted the ‘thong man’. This elderly gentleman in his 70’s cruising the streets on his bike in only a bright green thong. He attends every event no matter the weather. He is very popular, as most people were stopping him so they could grab a picture.

Live music was set up in different areas and a group of buskers were playing at the top of the main drag. Quite a crowd had gathered around them so we pushed to the front to check them out. They were a funky three person band that were dressed in century old clothing, playing old school instruments. We listened to them for a while as they gave off a really cool vibe and the music was really good. In another area a bunch of tattooists were giving people free Friday the 13th tattoos. This just highlights how popular the event is. The wait list for tattoo’s was long but I thought I would try my luck. I put my name down but unfortunately I never got the call.

Not one to miss

The weather for the day was a bit random, some rain then periods of hot sunshine. After wandering around for a few hours we decided to grab some food and a beer. This proved to be a lot harder than we thought it would be. All the restaurants and pubs had queues out the door of people waiting to be seated and served. One restaurant had a shorter queue so we jumped in line and waited about 20 mins for a seat. Getting our meal and drinks rounded out a great day in Port Dover. I was a bit skeptical when I first heard about the event. However it proved to be a great day out and a great experience!

Port Dover’s Friday the 13th celebrations is an amazing event that started from just a group of friends getting together and grew to epic proportions. If your ever if the Norfolk County area and it’s Friday the 13th head to Port Dover and experience it for yourself.