Auckland Airport has become somewhat of a second home to me as I continue to travel and explore this beautiful planet. Being so isolated and forgotten at the bottom of the world, New Zealand has not been blessed with a wide selection of flights to a number of the destinations on many traveler’s bucket lists.

Until recently a number of airlines saw a gap in the market and began providing services more fitting of 2017.

One of the newest flight routes out of New Zealand is with AirAsia, expanding their reach beyond Asia to incorporate Australasia. AirAsia has been voted for eight consecutive years the world’s best low-cost airline. Traveling to Asia has never been so affordable. No airline has the reach that AirAsia has across Asia and now further afield. 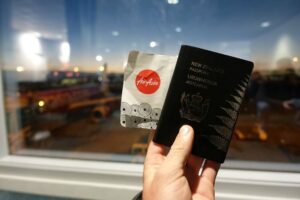 AirAsia has done everything they can to make traveling with them simple. Booking online at AirAsia.com or on AirAsia’s mobile app is a seamless process. From the booking menu on your desktop or mobile, you can select your destination, preferred dates and number of travelers to reveal the flight options available. Select your seating option: Low Fare (economy) for some of the cheapest flights on the market or Premium Flatbed for added comfort.

There are also plenty of add-on’s available with your basic seat deal. These include insurance, seat selection, additional checked baggage, inflight entertainment and inflight comfort. The ease of my flight booking to Kuala Lumpur had me excited for an efficient and hassle free journey. 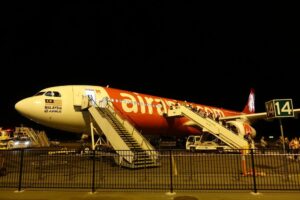 Arriving at the airport after an absolute battle, and somewhat stressful journey through Auckland’s mid-afternoon traffic, I was already unsettled. I’m one of those people who likes getting to the airport early, get checked in then relax once through security. When you decide to fly international out of Auckland always allow an extra couple of hours for traffic; it has been likened to that of Hong Kong and Beijing. If you are travelling from Auckland CBD, an easier option is to catch the Skybus which leaves from Britomart Station.

Walking into the familiar international departure area I gravitated towards the departure screen and located check in. Three hours before departure time, the line was already stacked as everyone started to arrive.

Although daunting, the efficiency of the AirAsia crew meant that the line quickly dwindled. 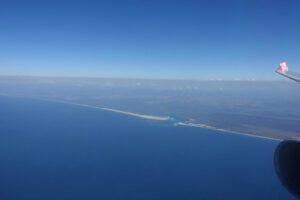 The security process going through Auckland Airport is always seamless and systematic. After that familiar process it’s time to wave good bye to family and friends. However I typically travel solo so this is rare so it’s goodbye to my home country.

Stopping to grab myself a familiar farewell drink and bite to eat before I head to the departure lounge. A typical kiwi voice on the loud speaker tells me it’s time to get on the plane ‘mate’ and to say goodbye to New Zealand; ready to spend half a day in the air with AirAsia.

Another long haul flight across the world, I was curious to see what the experience with AirAsia was like. 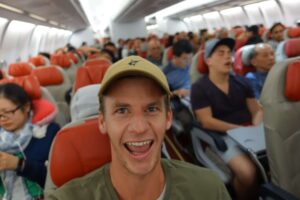 Flight attendants welcome me onto the plane with massive smiles and laughter. They take my boarding ticket and kindly show me the direction of my seat. As I settle down for the first leg of my trip I am pleasantly surprised.

The seat itself is like a lazy boy, soft cushions with plenty of leg room and a nice recline for sleeping later; the top three things I instantly check.

Sitting patiently waiting for the rest of the passengers to find their seats, there is plenty of material in the seat pocket in front of me to keep me entertained. 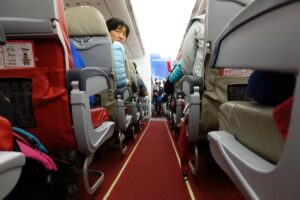 The smiles never leave the staff as they walk up and down the aisle doing their final checks, making sure the passengers have their seat belts fastened and seats in the upright position; the usual protocol.  The safety briefing is thorough yet not too lengthy. The smiling staff certainly make me feel at ease.

On this particular flight, there were five nationalities from all over Asia who also collectively spoke five different languages.

Being an English speaker, I usually don’t have any trouble communicating with flight staff. However, I always imagine it must be difficult for those who cannot communicate so easily. With passengers coming from a variety of countries, I imagine it must be comforting to them that AirAsia has people who can readily communicate with them. 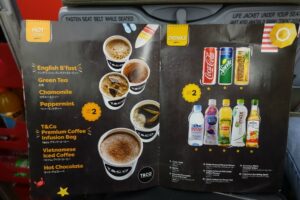 While the cost of this top quality flight experience is comparatively low, this is not inclusive. There is an extensive menu where you can buy meals, snacks, and refreshments. Items range from curries to chocolate and wine to water. Likewise, with the digital entertainment, this can be purchased for an additional cost. Alternatively, and more commonly, you can bring your own entertainment or read the material from your seat pocket.

A quick layover in Coolangatta Airport allowed me to stretch my legs. This was also one of the most straight forward transfers I have ever done. Hopping back on board ready and rearing to get to KL, the staff were still smiling and ready to help.

Eight hours till touch down, it was time to recline the seat and spread out for some much-needed rest. 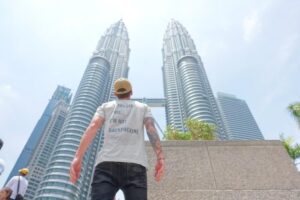 Arriving at KL airport is easy. After processing through immigration, I receive a very simplistic 90 day visa without any prior documents or return flights (much easier than the system in other countries).

The airport also has 24-hour access to WIFI so you can sort out that Uber, accommodation or anything else you may need during your stay.

The heart of Kuala Lumpur is about 60km away from the airport or 45mins by car. KLIA2 is conveniently serviced by major transport operators including shuttle and bus companies, taxis, car rental firms and the KLIA Express Train. 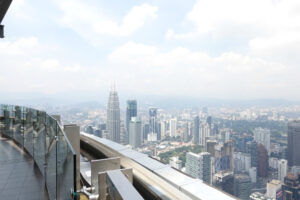 I spent three days exploring the city checking out all the landmarks, shopping destinations and food hot spots. I would have loved to have stayed longer. Kuala Lumpur is a very culturally diverse city with plenty of entertainment and something for everyone to do. Take a look at my blog ‘Top 10 Things To Do In Kuala Lumpur’.

Unfortunately, nothing lasts forever and although I had more fun in this city than any other I had been to in recent times I had to say goodbye.

Kuala Lumpur gave me beautiful insight into the beauty of Malaysia. I will certainly be back as cities only give a small insight into what the country as a whole can offer. It was time to get back to the Airport. 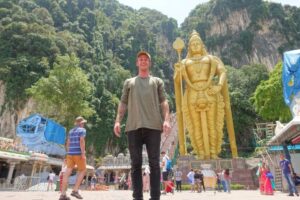 KL International Airport has to be one of the biggest airports I have ever been in so allow yourself extra time to check in. The distance from the check in desks to the actual gate can take up to 20 mins walking! I saw a number of rushed travelers running to catch their flight. Some even missing their flight due to the under estimation of the distance. Don’t be that guy.

The quality of my flight to Kuala Lumpur was obviously not a fluke as my flight back to Auckland (via Gold Coast again) was equally as impressive. Before I knew it I was back in New Zealand, excited to book my next flight with AirAsia and explore more of the world. 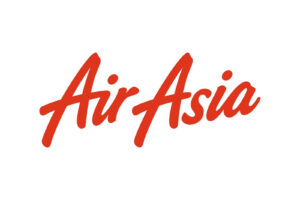 Some of the most popular destinations AirAsia offer include Thailand, Malaysia, Vietnam, China, Japan, South Korea, India, and Indonesia. Whether you’re looking for a getaway to popular holiday spots such as Phuket, Bangkok, Bali, Kuala Lumpur, Penang, or Vietnam’s Ho Chi Minh City. Or up and coming destinations such as Taipei, Kochi in India, or Colombo in Sri Lanka, AirAsia has you covered.

I couldn’t recommend them enough. If you are thinking about flying anytime book here with AirAsia at Airasia.com.