Uncertainty, excitement and the unknown are the emotions of another long-haul flight to the other side of the world, to South East Asia. Packing my bag with a one-way ticket to the heart of South East Asia is something that some people only dream about. Although the feeling that you are about to leave the comfort of your own country only sinks in once you have hugged friend’s goodbye at the airport and the sliding doors open.

24 hours of transit ahead with two of the most reputable Airlines in the industry is nothing to complain about. Checking in my bag that was only 15 kgs, was a vast improvement, from my greenhorn travel days where I would be lugging around 23 kgs plus. I feel as though I have perfected the ‘Digi Nomad’ Pack and have got it down to only a lightweight compact travelling pack. 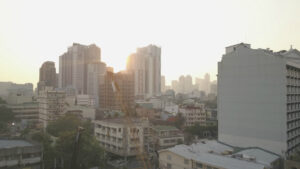 10 hours straight from Auckland to Singapore is not the longest flight out there. But finding a flight late at night (your time zone) always helps the cause, as you’re prone to sleep a lot easier. An hour in the air and dinner comes around, which would have to be one of the best I have had. Props to Air New Zealand. With a full belly and some red wines, its doesn’t take long to crash out.

One flight down and only 3 hours transit in Singapore you couldn’t ask for better timing.  In the past, I have always been the guy who gets prolonged delayed layovers. Take 24- 48 hours and check the city out. As you are already there right, so why not. But this time around only 4 hours, ideal. Enough time to get off the plane, go through security and check in for your connecting flight.

Soon enough we were off to Manila. One thing that I love about Singapore Airlines and that I have not had on anywhere else. The hot towels you get… and when I mean hot, I mean hot! Not a luke-warm towel, I mean a boiling hot steamy towel that you have to play hot potato with. Comes with a nice scent. Ideal to wipe your rinsed out face after a long flight. 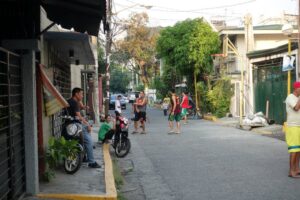 Another few hours and I arrived in Manila. Not sure what to expect, because my previous experiences upon coming out of airports in Asia has been nothing but hustlers. A wall of locals seeking to try to take you for a ride. Charging a ridiculous amount of money in the hope that you a naive enough to accept their offer.

Tip: Get a sim card at the airport they know exactly what they are doing, quick, easy and cheap, about 1000 peso for 8GB of data.

This was not the case at all, instead, a few helpful attendants asking where you are going. We had a screen shot of the hostel which makes the language barrier easier to manage. They kindly give you a semi-accurate price and direct you the taxi stand. Here you are standing in line with both local and other travelers. Not segregated and treated as an ATM machine. It was a welcome and refreshing relief. 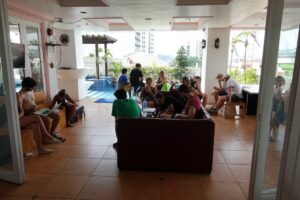 Tip: Always tell the taxi driver to put the meter on, never agree on a fixed price as more than likely it will be hugely overpriced.

Weaving our way through the Manila traffic to the hostel I was blown away by the sheer size of the city. I was expecting big cities in South East Asia, but not a city full of skyscrapers in the Philippines of all places. Located in the heart of the city is the Pink Manila Hostel where we were intending to stay.

Pink Manila Hostel is the pinnacle of hostels. Everything you could ever want, was there, although finding it is a different story. Like most things in life, the best things are always the ones you have to work a bit harder for. When you arrive at the address there is a gym the bottom, and thats about it. Wondering if you are at the right place you kindly ask a local and they will direct you to the shabby elevator and ask you to rock up to the fifth floor. The elevator doors close before you even get in squashing you and the doors don’t open automatically to get out. 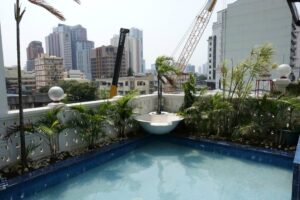 Once they do open on the 5th floor, you look out to the common room. Complete with a swimming pool, pool table and large socializing area. The vibes are everything you could ever want from a hostel. Jam packed with people from all around the world operating on the same vibration as you. The dorms are everything you would expect as well, 8 beds in a small room and a bed that’s bearable.

Being the heat of the afternoon a dip in the pool was on the cards followed by a few beers which were 60 peso each. And a bottle of rum if you are that way inclined for a mere 300 peso. Rum is everywhere in the Philippines. With some good banter shared and countless games of pool, a group of us decided to head out for the night. Asking the locals at the hostel what was good on this night. The answer midget fighting, yes midget fighting. Then it hit me, I’m here, South East Asia is working its magic already. 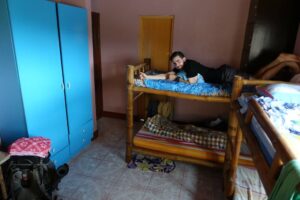 We got a taxi into the heart of the Red light district of Manila (with a metered taxi). This wasn’t a place I was expecting to go on my first night in the Philippines but it was an awesome experience. Along with the midget fighting in a particular bar, there was pretty much everything else you could have wanted to do. A common sight was elderly Westerners with multiple Filipino ladies hanging off their shoulder.  A good night out and recommended if you are into that kind of thing, but be prepared to be hustled for Viagra on the streets.

The morning was spent wandering around the streets which turn out to be pretty clean and safe from what I experienced. Apart from the addition of city smog, it was everything you could expect from a major city in South East Asia.

A quick taxi to the airport and it was time to head to our first island… There are 7000 of them. Cebu, see you soon!